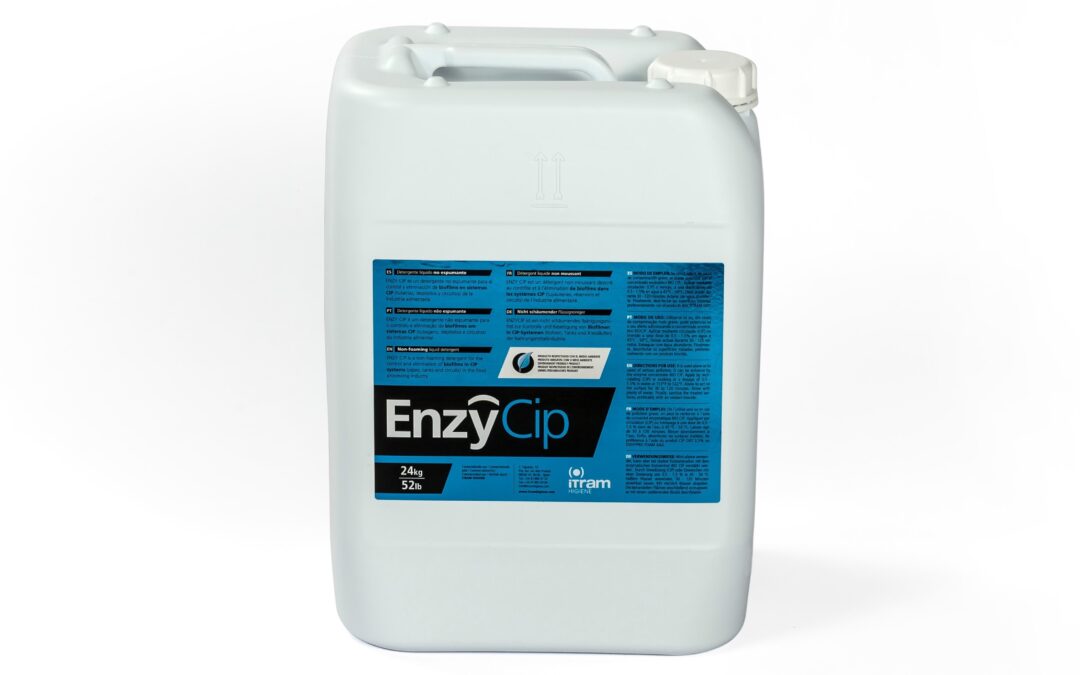 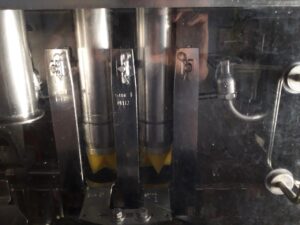 Incidents of spoilage were both persistent and deteriorating from accelerated shelf life test samples from chilled fruit juice production in the 1 litre gable EVOH cartons from the Elopak 120 fillers.

Black material was recovered from swabs taken from a sanitiser line which sprays onto filling tubes and primary contact packaging surfaces  – this was analysed by light microscopy and found to be composed of mould hyphae.

Previous treatment of the sanitiser line using chlorinated disinfectants to remove the biofilm had proved unsuccessful since the biofilm had become established and difficult to eradicate. It was evident the biofilm needed to be physically removed from the pipeline surface.

Before enzymic treatment using Enzycip a section of the pipe was removed and Biofinder was sprayed into the pipeline, after several seconds the pipe was inverted and the spray was able to run down the pipe onto a piece of tissue paper. Frothing and a milky colouration was observed which confirmed the presence of a biofilm. (The paper had previously been tested with biofinder to ensure that it gave a negative result without the biofinder coming into contact with any other surface).

The pipe was then replaced and a 2% solution of Enzycip at 55 degrees C pumped into the sanitiser pipeline from the CIP tank.

The solution was held in the pipleline for 30 mins before being pumped out via the spray nozzles and thus introducing fresh Enzcip solution to the sanitiser pipe from the CIP tank.  This was repeated three times giving a total contact time of 90 minutes.

To verify the success of the Enzycip removing the biofilm  the same section of the pipe was removed and the Biofinder was again sprayed into the pipeline, after several seconds the pipe was inverted and the spray able to run onto a piece of tissue paper. No frothiness or milky colouration was observed indicating the absence of biofilm.

Swabs taken from the pipeline shortly after the Enzycip treatment did not yield any growth on the agar plates.

The accelerated shelf life samples stored at 30 degrees C showed good results with spoilage incidents much reduced from those obtained before the Enzycip treatment.

There have been further applications identified for the use of Enzycip within the production site. These include treatments of the bottle rinser system pipework, the localised CIP and product pathway to the 1-litre gable fillers.