The microorganisms contained in surface biofilms are a threat to hygiene. Once biofilms have formed on processing surfaces, they are difficult to remove often resulting in persistent and endemic populations (Hood and Zottola 1997). For example, the strain persistence of mostly Listeria has been documented and values reportedly range from eight months to ten years. It has been suggested that such persistence is probably due to the physical adaption of attached cells in biofilms which are particularly resistant to conventional chemical cleaning and disinfection regimes (Lunden et. al. 2000).

In addition, more recently researchers have shown for the first time that certain viruses are capable of forming complex biofilm-like assemblies, similar to bacterial biofilms. To read the findings of research conducted by the Institut Pasteur and CNRS, click here.

So, a mature biofilm represents a critical contamination source and cannot be ignored by manufacturers and processors operating hygiene-sensitive facilities. Biofilms grow fast, are present in areas which are difficult to access and are often resistant to conventional chemicals. In addition, increased production pressures and a reduction in the time available to clean means that all too often the use of conventional cleaning products is no longer a solution.

Harmful biofilms can be effectively removed however with an innovative biofilm elimination technology which uses naturally-produced anti-biofilm molecules.

Freedom Hygiene is the UK distributor for iTRAM Higiene products – a unique range of biofilm elimination solutions which were developed in conjunction with the Autonomous University of Barcelona following extensive research. Using naturally occurring enzymes, iTRAM products can remove harmful biofilms without the need for the use of aggressive and environmentally harmful chemicals.

How does the process work?
We conduct a comprehensive Biofinder biofilm detection audit to pinpoint the location of biofilms which may be harbouring food borne pathogens and spoilage organisms in your facility. A tailored biofilm elimination programme which uses cutting edge enzyme surfactant detergent technology is then developed and used to manage biofilm contamination on an ongoing basis.

Our biofilm detection and elimination solutions are already used by some of the biggest names in food and drinks manufacturing as well as health care.

The risk of biofilms in the food processing industry - Part 1

The risk of biofilms in the food processing industry - Part 2 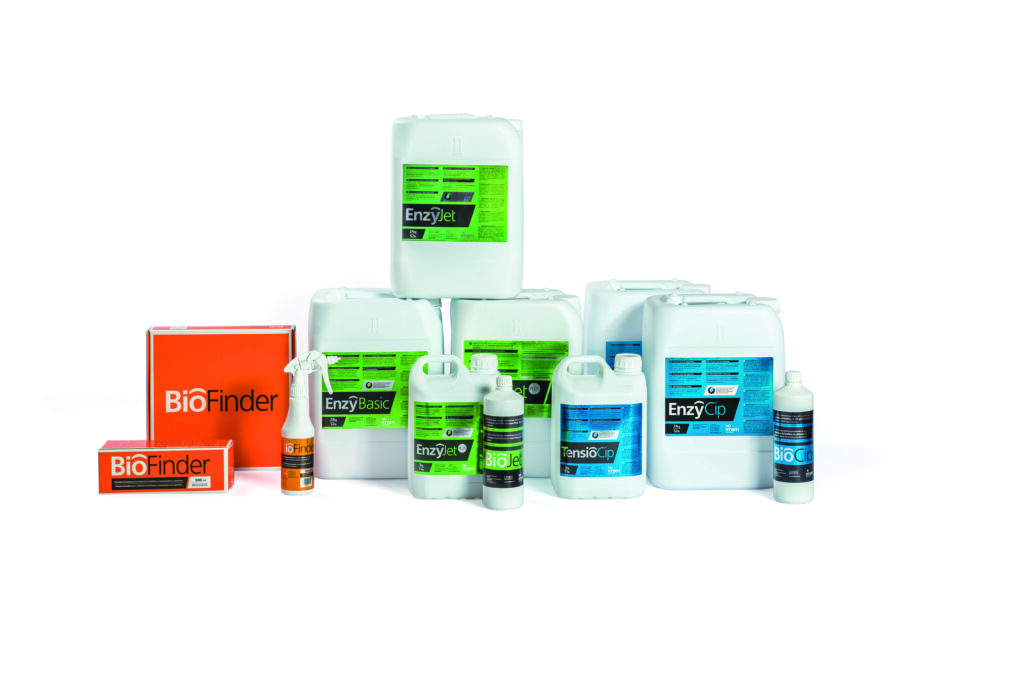 At Freedom Hygiene we use the very latest technologies to help manufacturers and processors reduce bacterial contamination in their facilities.